Gloucester-based dental manufacturer Prima Dental has won a Queen’s Award for Enterprise for International Trade in recognition of its outstanding growth in overseas sales over the last three years.

Prima Dental is renowned as a global leader in the design and engineering of precision dental products for healthcare and cosmetic markets. With a current turnover of £20.2m, it is the world’s fastest growing producer of carbide drills (known as burs), producing 30 million units a year and exporting to over 90 countries.
This is the second Queen’s Award for Prima Dental who also won the accolade in 2014. Since then the company has continued to expand, building a permanent presence in key global markets including a subsidiary company in India and joint venture companies in Brazil and China. It has also applied its dentistry expertise and invested £1m in the launch of a new trading division earlier this year called Prima Digital, capitalising on the rapidly-growing digital dentistry segment.

Richard Muller, managing director at the 215-strong Gloucester manufacturer, comments: “We are thrilled and honoured to be recognised with another Queen’s Award for Enterprise. This is an amazing accolade and is testament to our dedicated and skilled team who are all instrumental in our growth and success.”

“The Queen’s Award comes at a hugely exciting time for Prima as we are witnessing strong growth in overseas trade for our precision dental instruments, as well as new opportunities opening up in digital dentistry. Applying our precision engineering expertise and knowledge of materials, we have just launched the highest quality tool for the digital market and we believe our digital division will be a huge part of our future business.”

With 40 years’ continuous experience in dental engineering, UK manufacturing and export, Richard Muller, 61, has orchestrated the firm’s growth. Richard took the helm at Prima Dental in 1998 and under his stewardship the company has grown to become the world’s fastest-growing bur manufacturer. Last year Richard was awarded a coveted British Dental Industry Association Award in recognition of innovation in his field and his significant contribution to the dental sector.

Today Prima employs 215 staff at its production facility in Waterwells Business Park and is set to grow to 250 staff by 2020. It is currently on a recruitment drive to fulfil its planned expansion.
Prima Dental’s growth strategy is based entirely on growing international trade, which accounts for 88 per cent of its turnover. It has invested over £8.5m in the last five years in new plant and equipment in the UK in addition to a new £3m factory and Research and Innovation Centre, adjacent to its existing plant, which has doubled its manufacturing capacity. The company has also grown its talent base and created new strategic roles to facilitate growth including Head of Operations, Head of Research and Innovation, Supply Chain Manager and Continuous Improvement Manager.

The Queen’s Award is the UK’s most prestigious business award, designed to recognise outstanding achievement by UK businesses in the fields of international trade, innovation, sustainable development and promoting opportunity through social mobility. A Queen’s Award is valid for five years and winners are entitled to fly The Queen’s Award flag and use the emblem on packaging, stationary, advertising and websites.

Prima Dental can expect an invitation to attend a royal reception at Buckingham Palace, hosted by Her Majesty The Queen. An award presentation ceremony will also take place by the Lord-Lieutenant of the County, Dame Janet Trotter at Prima’s production facility at Waterwells Business Park. 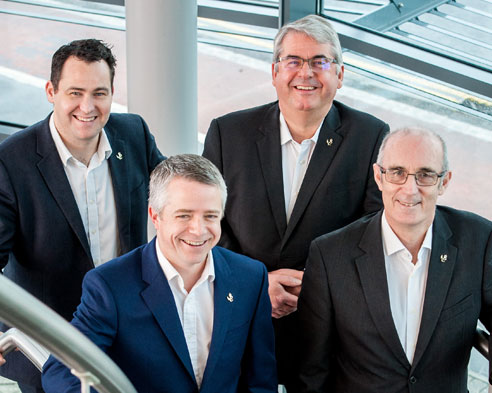